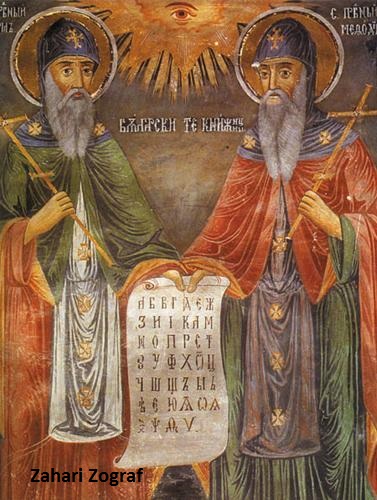 “Saving work of St. Cyril and Methodius, Bulgaria has earned the gratitude and respect not only of the Slavic peoples, but also of the world. And it will be until mankind moisture content in real words progress, culture and humanity … “- Prof. Roger Bernard

Saints Cyril and Methodius (Bulgarian: Кирил и Методи, Old Church Slavonic: Кѷриллъ и Меѳодїи[more]) were 9th-century Byzantine Greek brothers born in Thessalonica, Macedonia, in the Byzantine Empire. They were the principal Christian missionaries among the Slavic peoples of the Great Moravia and Pannonia, introducing Orthodox Christianity and writing to the hitherto illiterate, pagan Slav migrants into parts of Macedonia and elsewhere in the Balkans. Through their work they influenced the cultural development of all Slavs, for which they received the title “Apostles to the Slavs”. They are credited with devising the Glagolitic alphabet, the first alphabet used to transcribe Old Church Slavonic. After their deaths, their pupils continued their missionary work among other Slavs. Both brothers are venerated in the Orthodox Church as saints with the title of “equal-to-apostles”. In 1880, Pope Leo XIII introduced their feast into the calendar of the Roman Catholic Church. In 1980, Pope John Paul II declared them co-patron saints of Europe, together with Benedict of Nursia. 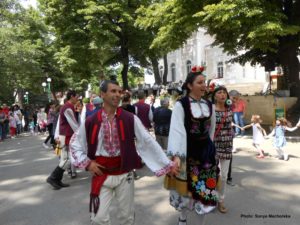 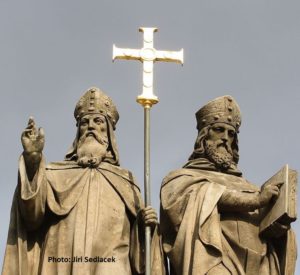