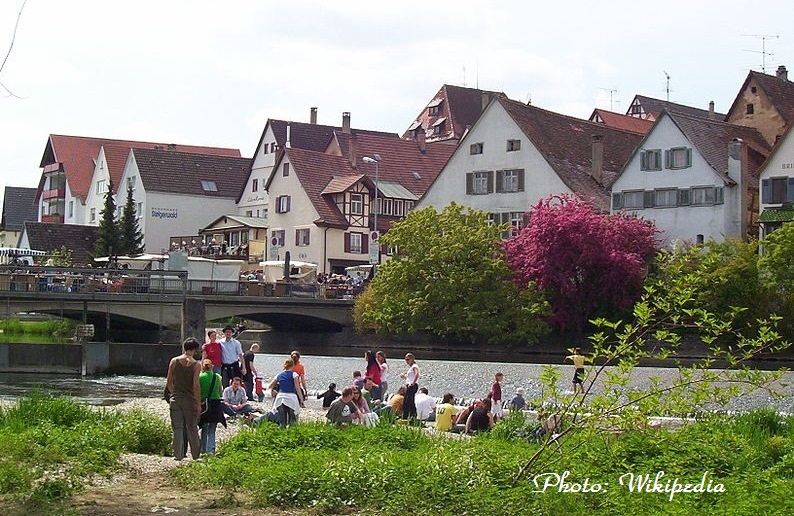 Hausen Bridge is located above the Danube River in Ulm, Germany. Built from prestressed concrete. Part of motorway A 81.

Geisingen Bridge is located in Ulm, Germany. It is built of prestressed concrete structure. Road bridge.

In Nyborg along the Danube you will find the historic city center, recognized as one of the most beautiful in all of southern Germany. See for yourself the charm of the splendor of the Baroque and Renaissance at Karlsplatz, or feel the southern European style in the arches in the castle courtyard. The rocks over the Danube seem to entice you to offer something special: something that can be seen as it approaches the city from all directions. And you will soon find excellent results from city government work, along with state aid, to preserve the cultural heritage of the ancient capital of Nyborg.

The Danube River is the fate of the city, as historians say; a little slower nowadays, but still valid. Just like its bridges, the river belongs to the cityscape. This is the river that connects history back in the centuries with neighboring cities such as Donawort, Ingolstadt or Kelheim, as well as with the large world.

On a clear day the water in the Danube upstream is as blue as the day when Johann Strauss immortalized it..

Glacis Bridge was built from 1996 to 1999 for cars, bicycles and pedestrians. Its other name is Glacisbrücke. The design of this Danube bridge is characterized by a cable-supported, slender concrete deck with walkways that follow the alignment of the cables. This structure is combined with a concrete frame with sloping struts. The pedestrian walkways are separated from the deck and rest on smaller cables, arranged on both sides of the main ones, while car traffic uses the upper level.

The Stone Bridge (Steinerne Brücke) was built over the Danube in the 12th century. It connects the Old Town with the Stadtamhof. For more than 800 years, until 1930, it was just the bridge of the city across the river. It is a masterpiece of medieval construction and the emblem of the city. It is closed to car traffic. Used as bicycle and pedestrian.

The railway bridge was built from 2008 to 2010. Supporting bridge with a total length of 467 meters.

In the town of Passau there are two bridges over the river: Franz Joseph Strauss Bridge and Luitpold Bridge. Both are automobile made of steel.