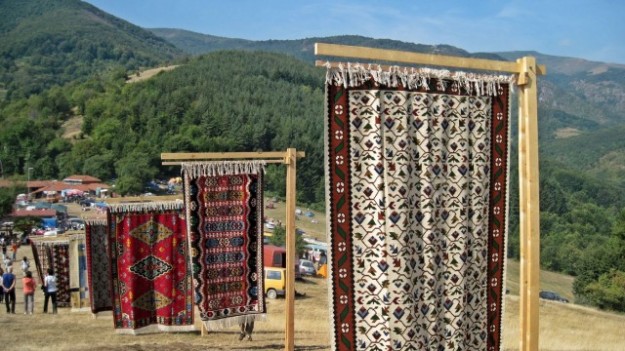 The Chiprovtsi Carpet Festival was usually organized on this date in the small town of Chiprovtsi, Northwestern Bulgaria. The festival promotes the original woven works and traditions of the craft, showing live the technique of weaving that does not have a factory analogue.

It is known that the area around Chiprovtsi has been inhabited since the time of the Thracians and later the Roman Empire, when the local metal deposits were exploited.

The western traveller Ami Boué, who visited the town in 1836–1838, reported that “mainly young girls, under shelters or in corridors, engage in carpet weaving. They earn only five francs a month and the payment was even lower before”. By 1868, the annual production of carpets in Chiprovtsi had surpassed 14,000 square metres.

Chiprovtsi carpets are handmade flatwoven carpet rugs with two identical sides, part of Bulgarian national heritage, traditions, arts and crafts. Their name is derived from the town of Chiprovtsi where their production started in the 17th century.

The basic colours are yellow, brown, red, blue and green. The very first carpets were in only two colours – red and black. This unique and typically Bulgarian craft flourished during the Bulgarian National Revival. The carpets are made of natural materials like cotton and wool.

In 1879, Chiprovtsi donated to Prince Dondukov the largest woven carpet in the village, measuring 7 x 6 m – the first big glory of the Chiprov carpenters and merchants in the capital Sofia.

Today, Chiprovtsi carpets are all over the world. Since 2016 year the unique carpets have been included in the UNESCO World Heritage Site. 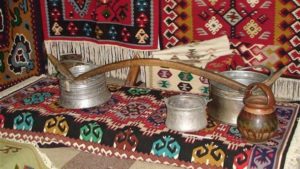 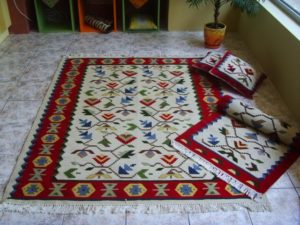 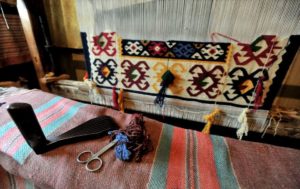 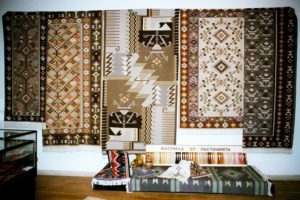