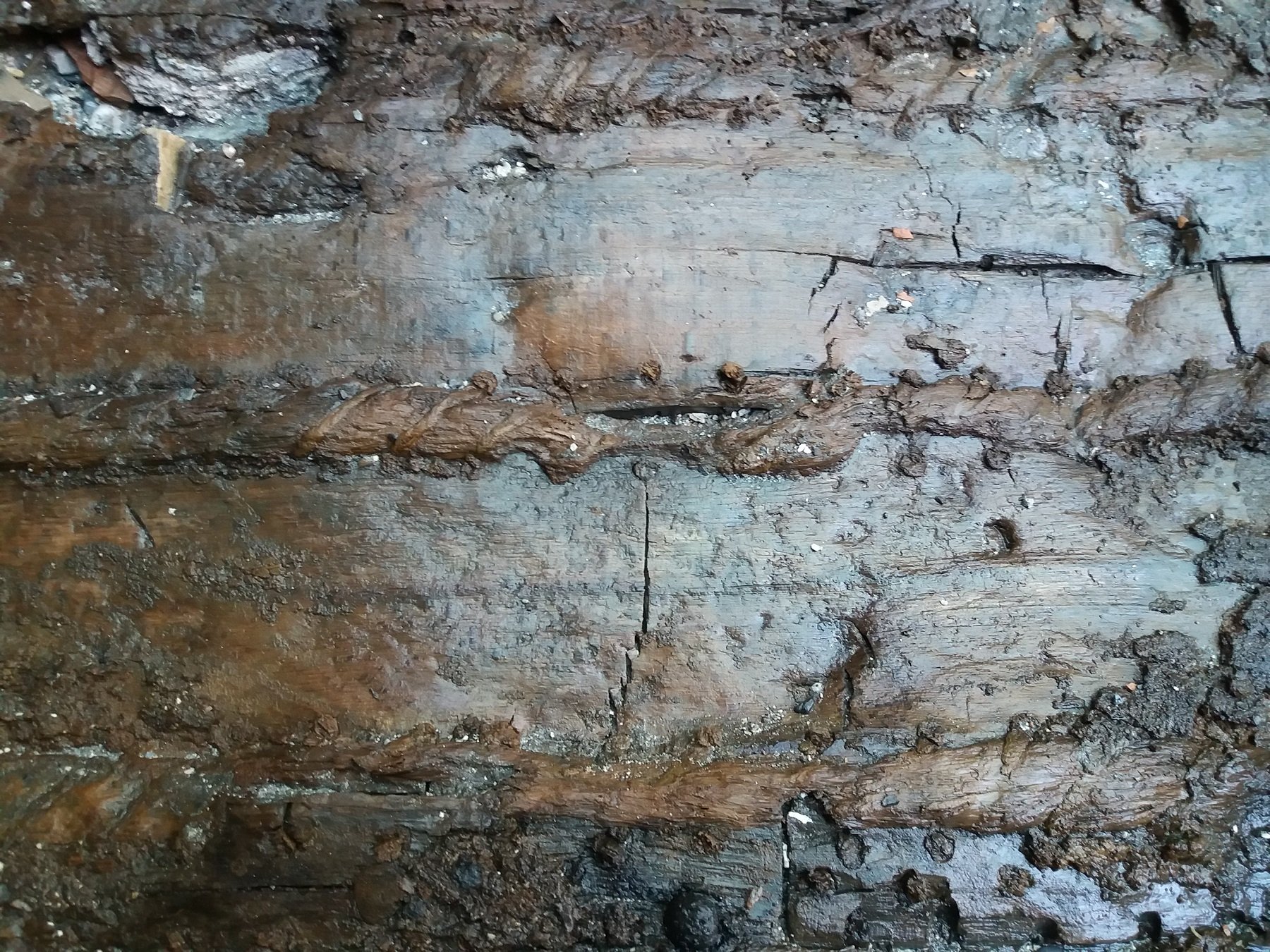 Archaeologists have unearthed a Roman wooden boat on the waterfront of Poreč, a town on the Adriatic coast of Croatia. Beautifully preserved deep in the waterlogged soil, the boat retains rare features, including the “stitches” used to sew the ship together, a technique characteristic of ancient boatwrighting in the northern Adriatic area. Discovered in March at the site of an ancient Roman pier that had been rebuilt in the 1st century, the boat is 16.4 feet long today (it was longer originally) and 5.4 feet wide. It was equipped with a single sail and was likely a small private fishing boat.

The wood will be gradually desalinated in a water bath at the National Museum of Poreč until it is stabilized. Experts will study the structure of the wood as they desalinate and clean it. The water will then be removed, either by replacement with PEG or freeze-drying. The conserved ship will then go on public display at the Poreč Museum.

The town was built on a tiny peninsula jutting out of the west side of the large Istrian peninsula. Its harbour is naturally protected by the island of Saint Nicholas, making it an ideal location for military defense and for maritime trade. It began as a castrum, a Roman military fort, built in the 2nd century B.C., becoming an official city under Augustus in the 1st century B.C. 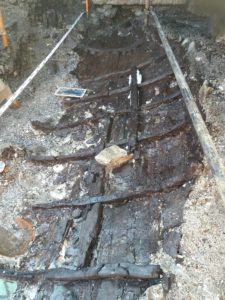 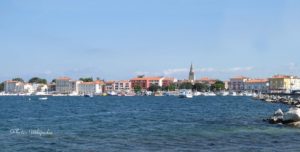