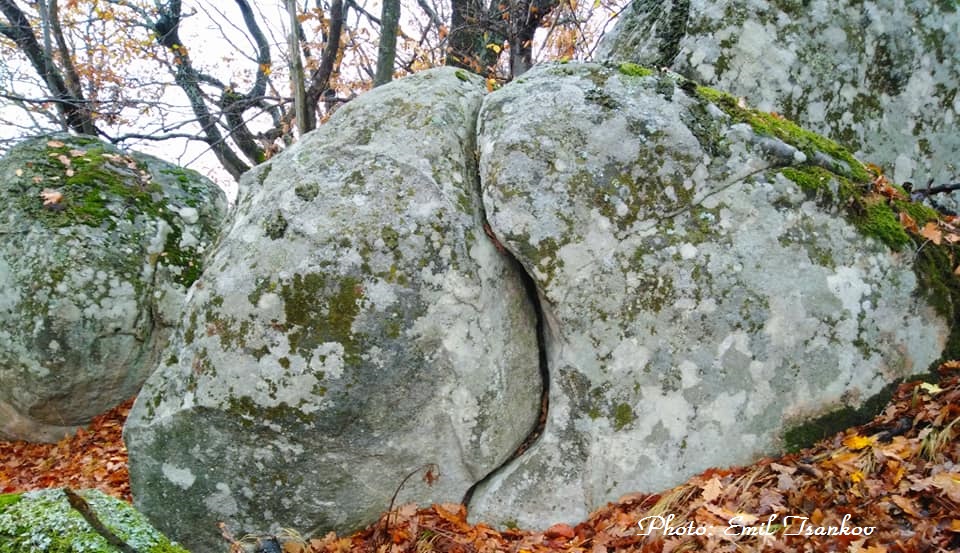 “Love … Attraction … Energy …” – these words had been written under the strange pictures by Emil Tsankov, historian, vice-president of the Belogradchik Archeological Society. And when I asked him to tell a little more about the rock formations of lovers, he eagerly began:

“The rocks are located in Belogradchik, Bulgaria. They are part of the great Sanctuary complex of that place. In order to understand exactly why the rocks are located in this way, it may be good to “look” at antiquity, the history of Mediterranean civilizations, the Thracians. They worshiped the rock, the rock. This was no accident, since for the ancient people the stone or rock is a kind of ambassador of Gaia – the Goddess of the Earth. They sometimes carry extremely strong vibrations. In many cases the shape of these rocks is a natural formation, very cleverly inscribed in the ancient beliefs of our ancestors. They used strong energy places to perform their rituals and for healing therapy. The Rocks themselves attract the influence of certain planets and stars. Another interesting thing that few people know is that stones can restore the right energy to the body. They affect the physical, spiritual and mental health of the human body. Their impact is due to their properties: chemical composition, electrical properties, color, hardness, transparency and crystalline system. It is this connection that is observed on the scale I have called myself “Love”. Because it can be seen quartz veins, and quartz, and especially pink quartz is the stone of love. There are legends for him, like the one about Isis in ancient Egypt, which used quartz to maintain its divine beauty and youth. Another legend in ancient Greece tells of Adonis, Aphrodite’s lover, when he was attacked by Ares. She ran to prevent him, but in a hurry, she scratched the rose bush, a drop of blood dripped onto the quartz, and colored it pink … Another legend says that quartz was donated to the people of Cupid and Eros, and to teach them to love and compassion.”

Emil Tsankov has been looking more closely at the rocks around Belogradchik for three years, and since the last year, together with his local researcher Eng. Kiril Kirilov, his love for them has intensified, even though he was born and raised among them and carries them in his heart from childhood.

“It may sound sensational, but when you’re right in front of these rocks and you open your heart, you feel a lot of intense energy and vibration! You can really fall in love or know love again! “, Says Emil Tsankov.

Among the Belogradchik rocks one can see more “lovers” – the stone figures Adam and Eve, the Lovers and others.