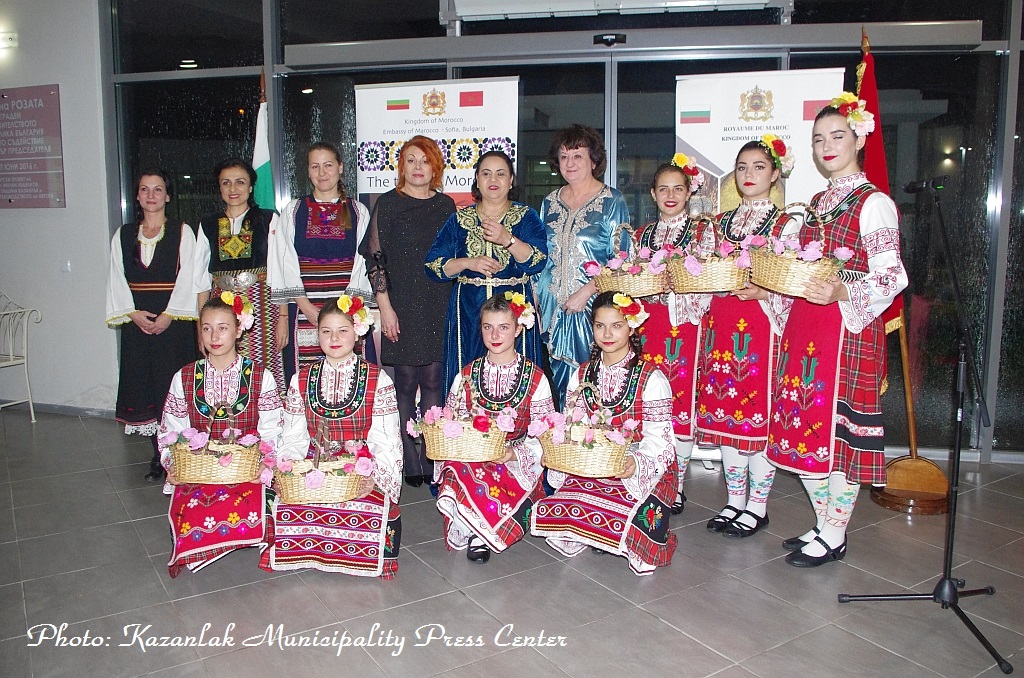 The event “Bulgaria and Morocco – Roses Parties” took place in Kazanlak – the City of the Bulgarian Rose Damascene, the Kazanlak Municipality Press Center reported. It was organized by H. П. Ms. Zakia El Middaui, Ambassador Extraordinary and Plenipotentiary of the Kingdom of Morocco to the Republic of Bulgaria, Ekaterina Pavlova – Editor-in-Chief of Diplomatic Spectrum, Spectrum 21st Century Association, Ombudsman of the Municipality of Kazanlak Ginka Shtereva and the Rosean Museum in the city.

The occasion for the friendly meeting between the cultures of the two nations is the 64th anniversary of the Three glorious days of Morocco – King Mohammed V’s return from exile, the Renaissance and Independence Day of the Kingdom of Morocco and the 5th anniversary of Diplomatic Spectrum.

is present in front of his Moroccan friends with the beauty of Queen Rose 2019 Veronica Kaneva, the emotionally recreated Rose ritual, the story of the Rose Festival, under the motto of the oil-rose Damascus.

Over 100 guests attending the event at the unique Rose Museum, united by the magic of the beautiful flower, had the chance to see a presentation of Moroccan national cuisine, customs and clothing on the exotic side. The 42-photo exhibition introduced visitors to the natural and architectural richness of the millennial kingdom.

Е.П. Mrs. Zakia El Middawi expressed her hope that relations between her country and the City of Roses would find new, deeper contacts in various spheres of life in the future, as Kazanlak Mayor Galina Stoyanova assured.