Ekzarh Antim First on this date in 1868, he was the first to hold a solemn prayer for the dead sailors and fishermen. The ritual is done on the banks of the Danube River.

Today’s Holy Liturgy in the Metropolitan Church “St. Nicholas the Wonderworker” was served by the Metropolitan of Vidin Daniil in the ministry of Archimandrite Antim and priests. Deputy Governor, Deputy Mayor lit the lights of the silver ship’s lamp.It was donated by families of fishermen in 1827 and symbolizes the respect of the Vidinians to St. Nicholas.

With the Lithuanian procession, everyone present at the holiday headed for the Danube coast. Metropolitan Daniel served a prayerful prayer for the dead sailors and fishermen, as well as a prayer for the health and well-being of the ancient city of Danube and its inhabitants. In the waters of the Danube there was a submerged icon of St. Nicholas and wreaths were thrown in memory of the dead sailors and fishermen.

Saint Nicholas also called Nikolaos of Myra, was a historic 4th-century Christian saint and Greek Bishop of Myra (Demre, part of modern-day Turkey) in Lycia. Because of the many miracles attributed to his intercession, he is also known as Nikolaos the Wonderworker (Νικόλαος ὁ Θαυματουργός, Nikolaos ho Thaumaturgos). He had a reputation for secret gift-giving, such as putting coins in the shoes of those who left them out for him, a practice celebrated on his feast day―St Nicholas Day (6 December in Western Christianity and 19 December in Eastern Christianity); and thus became the model for Santa Claus, whose modern name comes from the Dutch Sinterklaas, itself from a series of elisions and corruptions of the transliteration of “Saint Nikolaos”. His reputation evolved among the faithful, as was common for early Christian saints. In 1087, part of the relics (about half of the bones) were furtively translated to Bari, in Apulia, Italy; for this reason, he is also known as Nikolaos of Bari. The remaining bones were taken to Venice in 1100.

The historical Saint Nicholas is commemorated and revered among Anglican, Catholic, Lutheran, and Orthodox Christians. In addition, some Baptist, Methodist, Presbyterian, and Reformed churches have been named in honor of Saint Nicholas. Saint Nicholas is the patron saint of sailors, merchants, archers, repentant thieves, children, pawnbrokers and students in various cities and countries around Europe. He was also a patron of the Varangian Guard of the Byzantine emperors, who protected his relics in Bari. 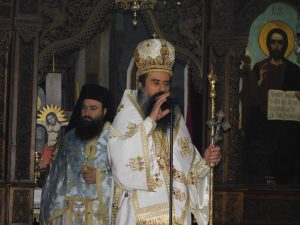 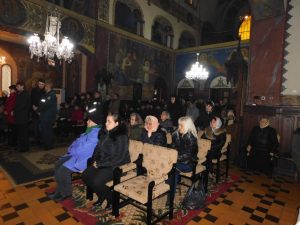 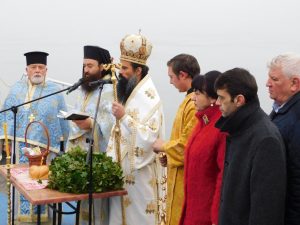 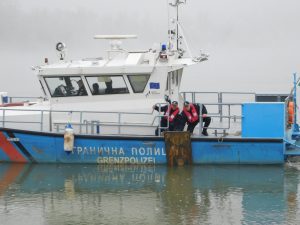