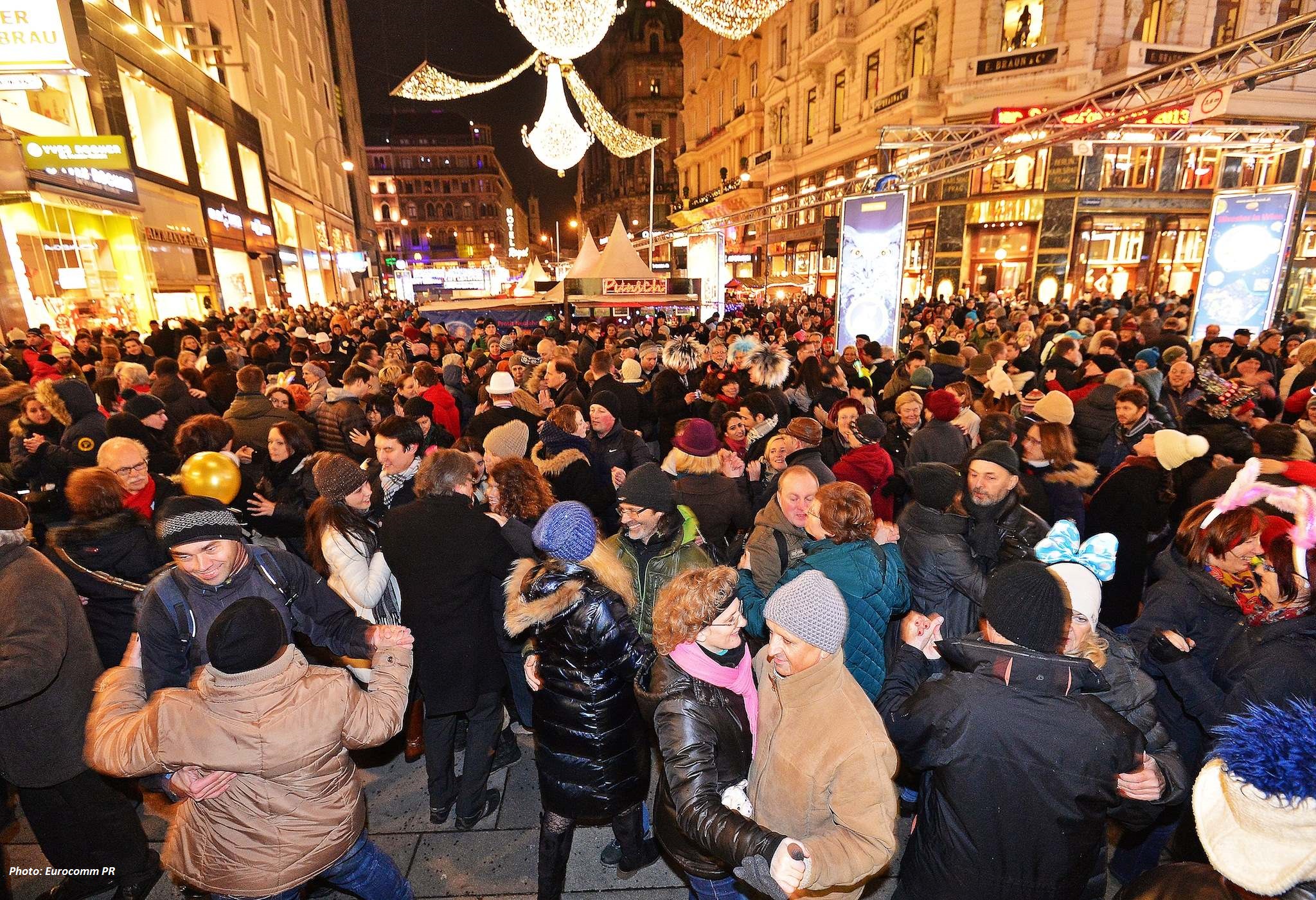 750,000 people dance a waltz on New Year’s Eve in the streets of the Austrian capital, Euro comm – PR reported.

Every year, during the New Year’s holidays, real joy reigns in the Austrian capital. For the 30th time, the center of Vienna becomes a huge ballroom. This year’s edition of the New Year’s party goes under the motto “Vienna unites”. The surprise of the night is the space between the famous Cafe Landtmann and one of the most renowned German-language theaters, the Burgtheater, called Friends in Vienna. This is an event that aims to bring strangers together to spend an unforgettable New Year’s Eve together and to become friends.

Particularly popular among locals and guests of the city is the so-called. “Classic section” on the main street “Graben”. Every year in the early afternoon of December 31, dance schools offer free waltz courses there.

For those who wish to look into the future, a special “Street of Happiness” has been prepared again, where astrologers and clairvoyants will interpret the signs of the stars and maps.

The highlight of the holiday, not to be missed, is the fireworks display over the City Hall at midnight. At the same time, a bell is ringing from St. Stephen’s Cathedral. The bell, which the Viennese call Pumerin, beats only in extremely solemn occasions, and the New Year’s bell is broadcast on radio and television throughout Austria. Then, on the background of the festive fireworks, the waltz “The Blue Danube” sounds, followed by “Ode to Joy”. The Prater of Vienna also invites everyone to an incredible fireworks show. Organizers expect nearly 750,000 people to welcome the New Year in the whirlwind of dance on the streets of the Austrian capital. 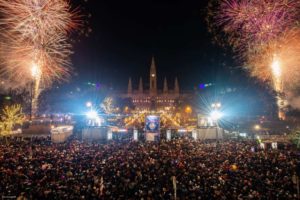 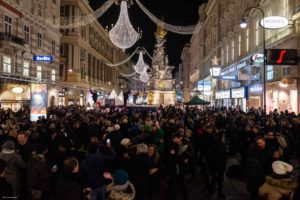