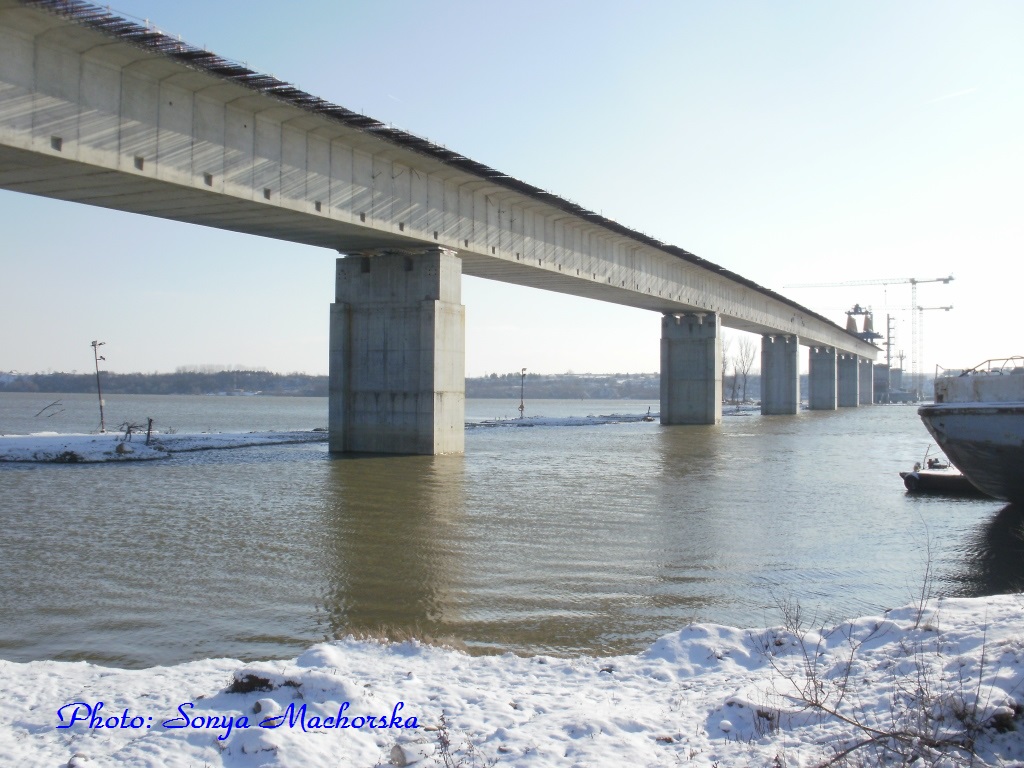 Nine years ago on that date, a BTV team filmed the nearly 60% Bridge over the Danube at Vidin-Calafat and nearly 50% of the adjacent infrastructure constructed to it.

Engineer Simeon Evtimov, Head of the Project Implementation Management Unit, who arrived especially for the reportage, acquainted the team with the already constructed to date – the superstructure and the wings, which are constructed now in the non-navigable channel of the river, the highest reached level of the future railway trans-border installation at pier PB9, as well as the different stages of construction of the rest of the piers.

The construction of all the eight road and railway overpasses, from the adjoining infrastructure, has been completed, the buildings of the new international passengers and freight stations have been constructed and 600 m from the new road junction at Vidin entrance have been put into exploitation.

After 11.01.2011 FCC will go on with the work at the production area where the segments for the superstructure of the bridge in the navigable channel of the Danube are being poured, and in case of favourable weather conditions the construction of the installation will go on, told them еngineer Evtimov. 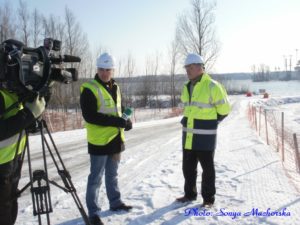