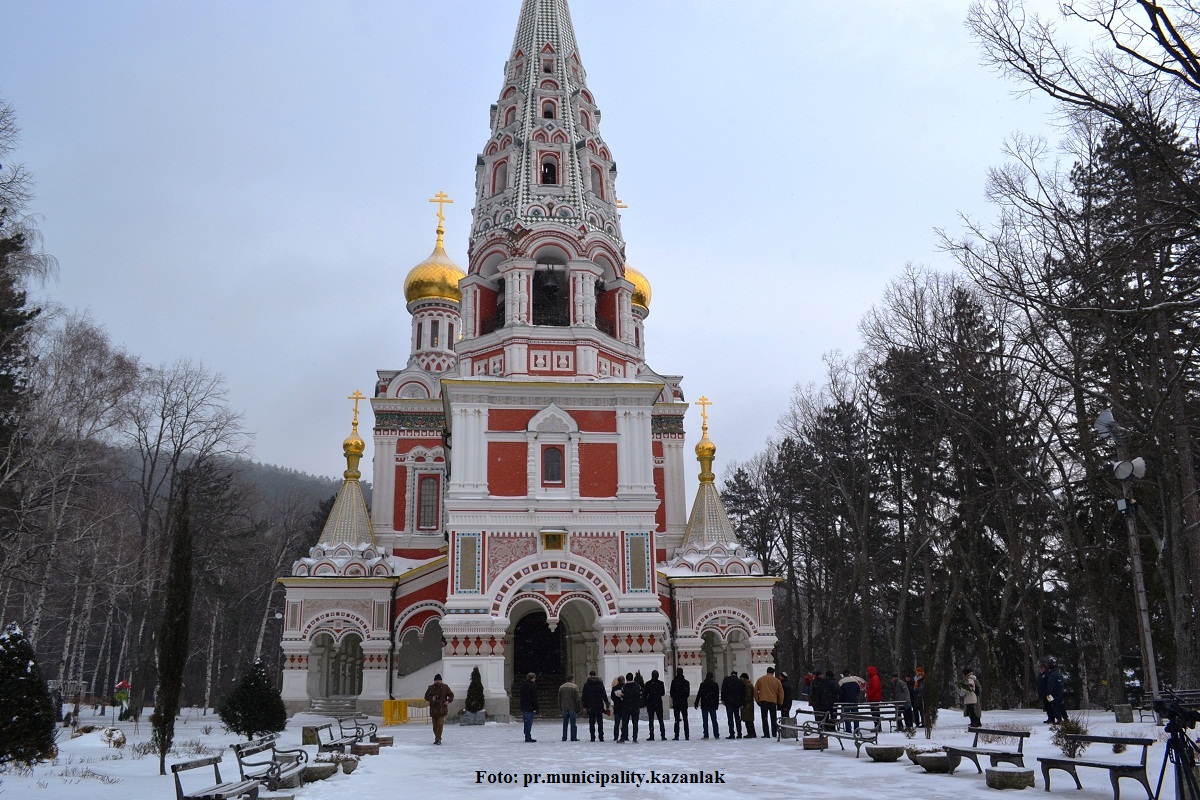 Celebrations of the 142nd anniversary of the last battle for free Bulgaria against the Turkish army in the Shipka and Sheinovo took place today, the press center of the municipality of Kazanlak reported. Russian Russian army was the final effort of the South-Russian detachment to defeat the Central Ottoman army in the Russo-Turkish war (1877-1878).

In front of the victory monument in the village of Sheinovo, mayor Nikolai Terziev recalled the feat of the ancestors of the sheinovites. A brief Patriotic program presented the local public center “Liberation-1884″“ All present presented wreaths and flowers in memory of the heroes of the Russian army and the Bulgarian militia, gave their lives in the last great and fierce battle for free Bulgaria against the enemy hordes of the Turkish army.

In the city Shipka, a festive bell welcomes guests to the Church of the Nativity of Christ, the largest monument in Bulgaria, erected in gratitude to the liberators, the dead Russian soldiers, officers and Bulgarian volunteers. In front of the Shipchensk monastery, mayor Vasilka Panayotova spoke about snowstorms, in which the most dramatic shots were taken of the final dismemberment of the Turkish military line along Stara Planina and the opening of the Stara Planina passage to southern Bulgaria and Constantinople.

A funeral prayer was performed in the crypt of the memorial Church, and wreaths and flowers were laid for each of the 17 sarcophagi with the bones of those who died in the battles at Shipka.

Memory of the sacrifice of the soldiers of the Russian army and the Bulgarian militia on January 9, 1878 is alive, and that was according to the mayors from Sheinovo and Shipka. Words filled with gratitude and gratitude to the heroes who defeated the strongest Turkish military corps in an unequal battle, with the help of which they decisively open the way to victory in the Liberation war.

The celebration was respected by the Chairman of the Municipal Council-Kazanlak, Deputy mayors, municipal councillors, heads of cultural institutions, rodolyubivye citizens.