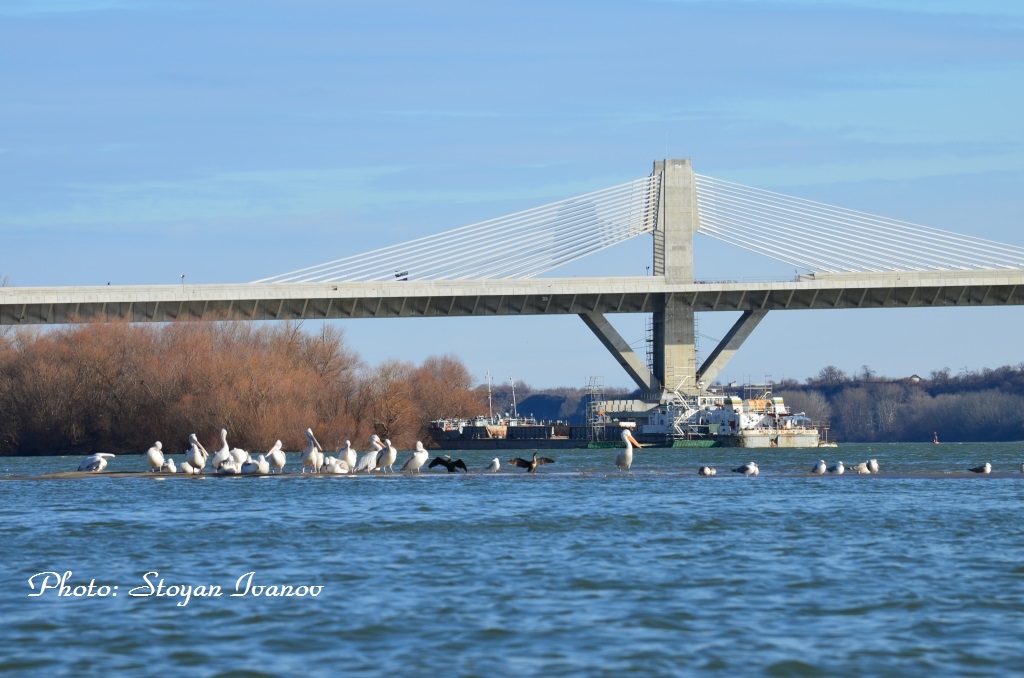 For the first and only time, a flock of pink pelicans chose Vidin in the winter of 2013, choosing the partitioned non-navigable section of the river within the area of the constructed bridge. At this place the river is relatively slow and in the shallows there is a lot of fish, and the construction works, obviously do not disturb the birds.

The pelicans, which are endangered waterfowl species, nest in the Danube Delta, home to the largest colony in Europe. The birds usually hibernate/spend winter/ in Greece or in Africa. Their stay within Vidin Area is an exception.

In 2011, on returning from the south in March, for the first time a flock of the birds remained at the island at Kutovo (Golia) and at the Nameless island, on which pier PB8 of the bridge is situated. The island of Kutovo is one of the most important in Bulgaria, of great significance for the EU, for the protection of several species of birds, such as the night, the white, the grey and rusty heron, the big and the small Cormorant, the grey goose and etc.

The main construction works in the building of the bridge between Vidin-Calafat are executed observing the rules for protection of the environment and waters. 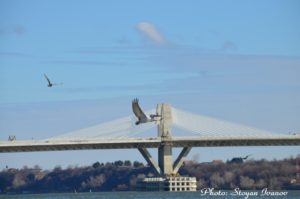