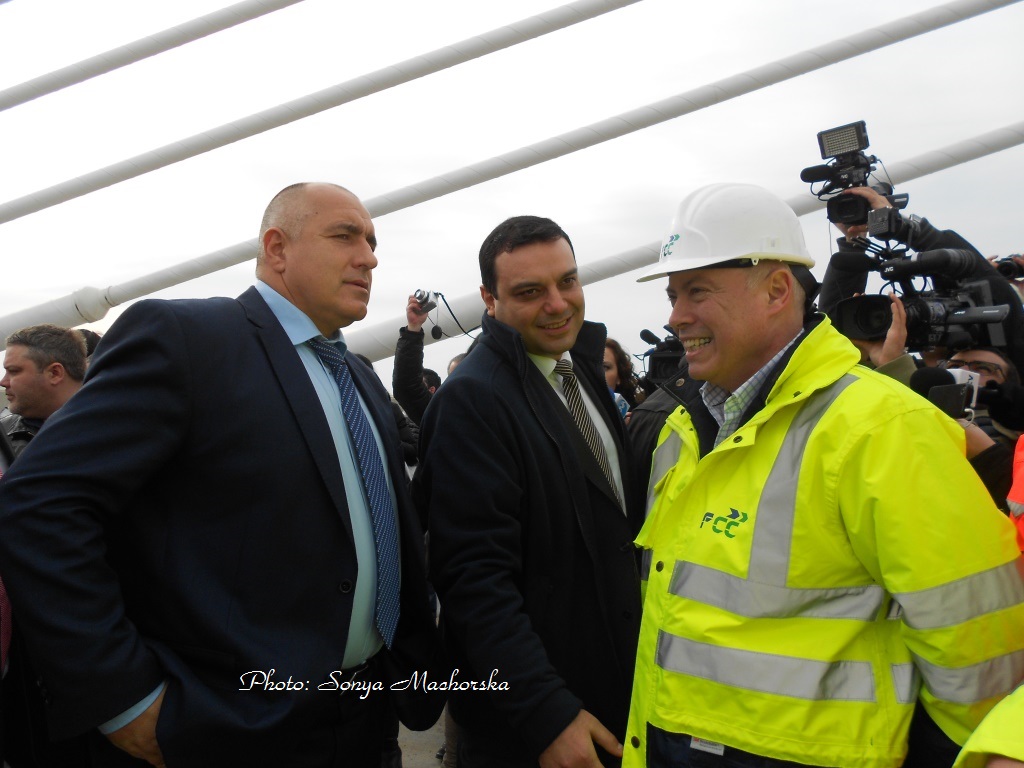 For the fourth consecutive time the Management team of FCC Construccion met the Prime Minister of Bulgaria, Boyko Borisov on this day in 2012, who came to inspect the construction of the bridge, accompanied by the Minister of Information Technologies and Communications, Ivailo Moskovski.

“The President of the European Commission, Barroso, personally, will attend the official opening of the bridge on May 9th – proudly announced Borisov, having passed by car along the bridge from the Bulgarian to the Romanian side.

Eng. Alberto Vergara, Manager of the Project “Danube Bridge Vidin-Calafat” for the Contractor, informed the Prime Minister about the remaining finishing works necessary for the opening of the facility into commissioning – the laying of the waterproofing, the construction of the railway line, the laying of the road paving, electrification and etc.

The Danube Bridge Vidin-Calafat was opened a year and a month later than promised by the Prime Minister – on June 14, 2013. 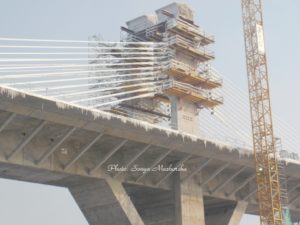