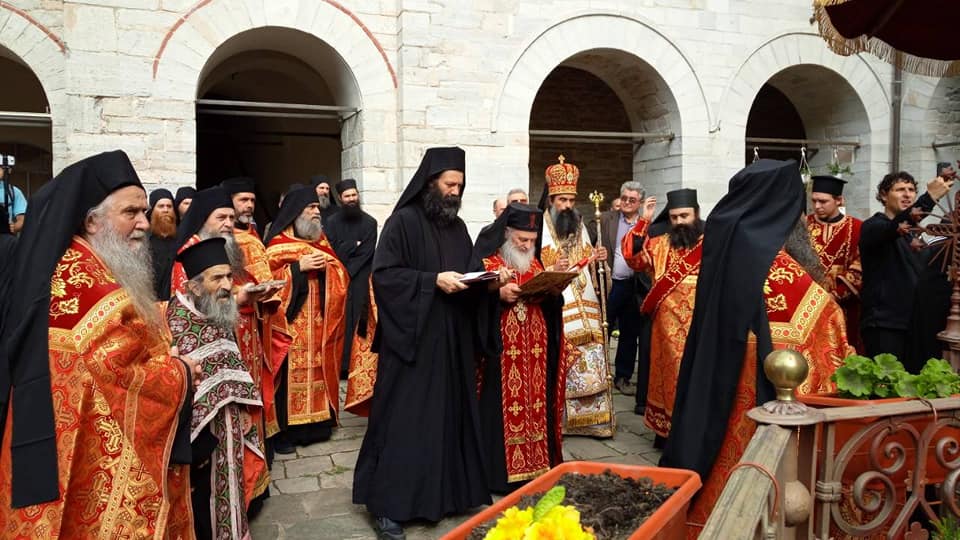 A year ago, аccording to a decision of the Holy Synod of the Bulgarian Orthodox Church, Metropolitan of Vidin, Daniil, headed the Holy Mass in the monastery of St. George Zograf in Sveta Gora, Mount Athos.

Mount Athos is a mountain and peninsula in northeastern Greece and an important centre of Eastern Orthodox monasticism. It is governed as an autonomous polity within the Greek Republic. Mount Athos is home to 20 monasteries under the direct jurisdiction of the Ecumenical Patriarch of Constantinople.

The number of daily visitors to Mount Athos is restricted, and all are required to obtain a special entrance permit valid for a limited period. Only men are permitted to visit the territory, which is called the “Garden of Virgin Mary” by the monks, with Orthodox Christians taking precedence in permit issuance procedures. Residents on the peninsula must be men aged 18 and over who are members of the Eastern Orthodox Church and also either monks or workers.

The monastery is named after the 13th or 14th century icon of Saint George, known as Saint George the Zograf . The name of the latter comes from the belief that the icon mysteriously painted itself on the prepared board (zograf(os) in Greek means “painter” (from zoe=”life” and graphos=”scribe”).

The earliest written evidence of the monastery’s existence dates from 980. During the Middle Ages, the monastery was generously supported by the Bulgarian rulers, such as Ivan Asen II and Ivan Alexander, since it was a matter of pride for the Bulgarian Orthodox Church to maintain a monastery on Athos. 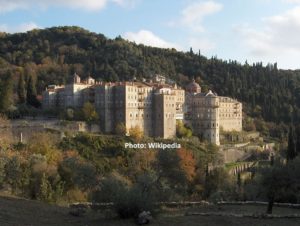 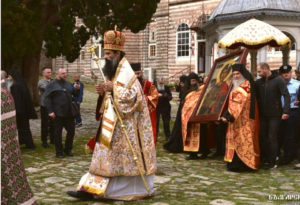