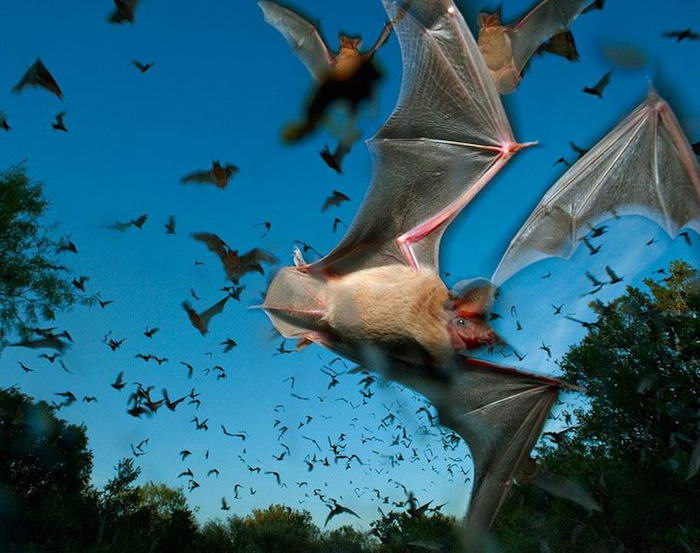 The invisible world – familiar and unfamiliar, fearful and attractive, has always generated curiosity and awe. Not only because of the primal desire of man to see the invisible, but also because of the divine beginning, which prompts people to develop more and more their senses and ascend to the next vibratory levels in the hierarchy of civilization. The world invisible to us, explained by the old people differently, has not ceased to prove its presence today. Its good or bad start is a daily and constant struggle. Similar to the visible world. Bad spirits, part of our invisible moons, are all sorts of different types – selfies, mermaids, vampires, werewolves and karakondzholi. They appear to people at exactly the right time of year and day. And without missing a beat when given the opportunity …

In the village of Kireevo, Bulgaria, near the Vrashka Chuka Pass, on the Bulgarian-Serbian border, two more cases of vampires occurred.

It was summer time. By hay and forage. Color, then 40, was returning home with her son Voicho from the fields. It was dark – they had a lot of work in the field. The moon illuminated the dusty path they walked. There was little left near the grove near the village when they saw a man sitting on a pile of ashes. The son paid off, and the mother, terribly tired of work, did not pay attention to this detail. As she approached, she congratulated “Good evening!” And her son just grabbed her by the elbow to go faster and almost faint. The man neither answered the greeting nor moved. The son, after passing, turned his head slightly and saw that the “man” was gone. At home, he just talked to his mother, and then they thought it was a vampire. A few days after the incident, their head ached and they did not feel well.

On the same trail, years earlier, an old man was coming home with a loaded hay cart. It was before midnight. The grandfather saw a stranger sitting on the road and invited him to get up to take him to the village. The Man, without a word, went up. However, the oxen, which by that time were walking quietly, began to stumble with heaviness, they stagnated, their feet in the ground began to sink. Then the old man asked the “alien” to come down, that he was very heavy and tired the animals. From then on the man remembers nothing. In the morning, he woke up to a well, which was a relatively long distance from the way he was going. Next to him were neither carts nor oxen. His head seemed to be full of stones, something in his chest was bothering him … He returned home on foot, where his loved ones wondered where he was after the oxen had come home tired with a sore mouth and no bone. He was ill for a long time, but he “jumped” the ladder. The oxen were also unable to get out for several days, their knees flexing. (Next)