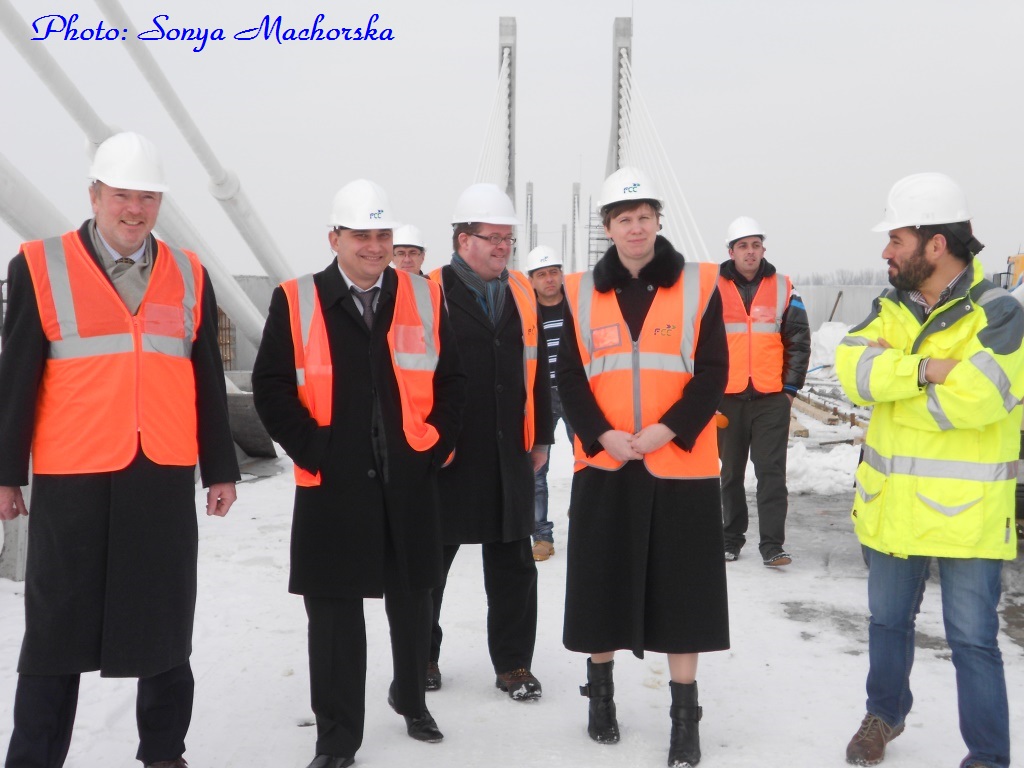 “Congratulations on your wonderful achievement!” – was the spontaneous reaction of Catherine Barber, Deputy Ambassador in the British Embassy after seeing the bridge over the Danube 28.01.2013.

Accompanied by Tim Buisseret Commercial Attaché, by Wayne Diamond, Economic Adviser and the Mayor of Vidin Gergo Gergov, Mrs. Barber with undisguised satisfaction admired the railway and road bridge, while eng. Rafael Huerga, Deputy Project Manager, explained the main features of the bridge, as well as the unique technology used the construction company FCC Construccion. The British diplomats promised to inform the British businessmen about the investment opportunities in Vidin and the region and in the spring, again to visit the town and the bridge.

The reason for the visit of the diplomats is the meeting with the 70 British people who have been living in Vidin region for years. Two of them last year 2012 showed interest and visited the Open Day of Danube Bridge Vidin-Calafat in early July.

The visit on January 28, 2013 was the 14th in the sequence of embassies whose representatives visited the European construction. Diplomats from Europe, Asia and the Arabian Peninsula, including France, Austria, Germany, Belgium, Spain, Slovakia, Romania, Serbia, Russia, South Korea, Vietnam and Israel. 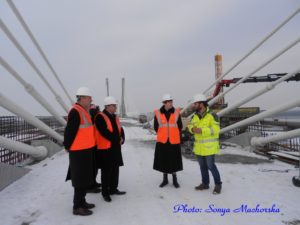