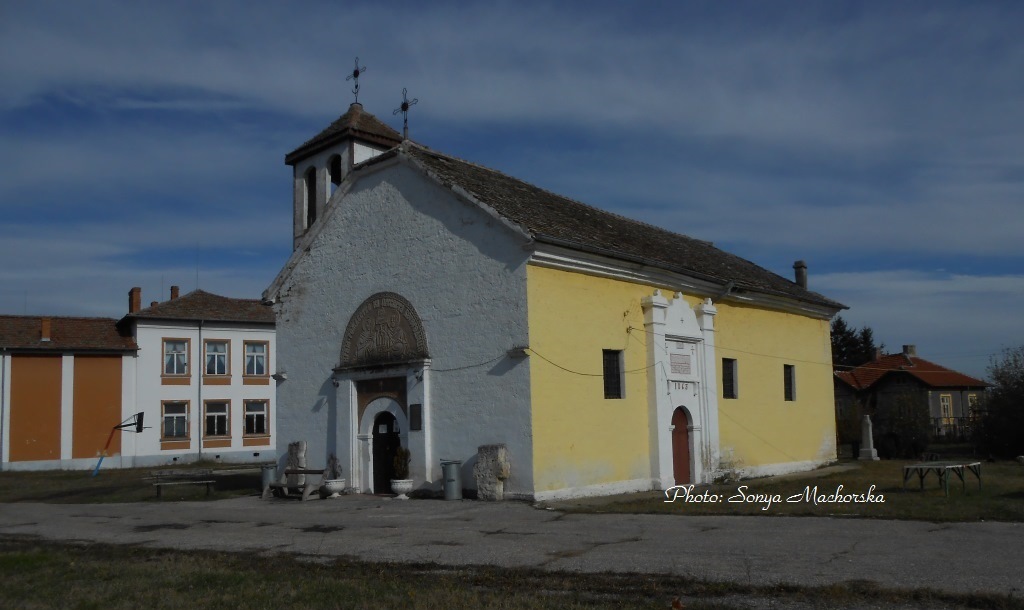 Dozens of glowing objects stacked in a column and almost equidistant from each other, passing over the temple at Dunavtsi, near Vidin, Bulgaria, during the evening church service before the resurrection of Christ, eyewitnesses said. The glowing bodies, which made no sound (or at least could not be heard), or could see a hole behind them, were visible for twenty minutes and looked like stars. People took pictures with phones, but only one of the pictures shows three of them – two are vertically positioned, one is horizontal. Apparently, the distance and the bad technique were a word for themselves, unfortunately.

The feeling of the people watching the glowing phenomenon was as if the sky was moving! Some were frightened, others seemed to go numb … The man who first spotted them ran to the church to share with other people and believe him … In just ten minutes, they counted thirty … The moving celestial bodies see each other for 20-30 minutes, “peeking out” as if from the west and flying east .

Just before the Resurrection! … “Shut up the human being!” – sings the Church instead of the cherubic song on Holy Saturday. The Lord of Life is in the grave, but will soon be glorified with the miracle of the Resurrection …

The Church of the Nativity of the Blessed Virgin was built in Vidbol (Dunavtsi) in 1863 at the written request of its inhabitants to the High Gate in Constantinople. At the entrance of the temple is placed a plate on which the application is written.

The church is described by Austro-Hungarian archeologist, ethnographer and geographer of Jewish origin Felix Philipp Emanuel Kanitz in his book “Danube Bulgaria and the Balkans” (Donau-Bulgarien und der Balkan) (1882).