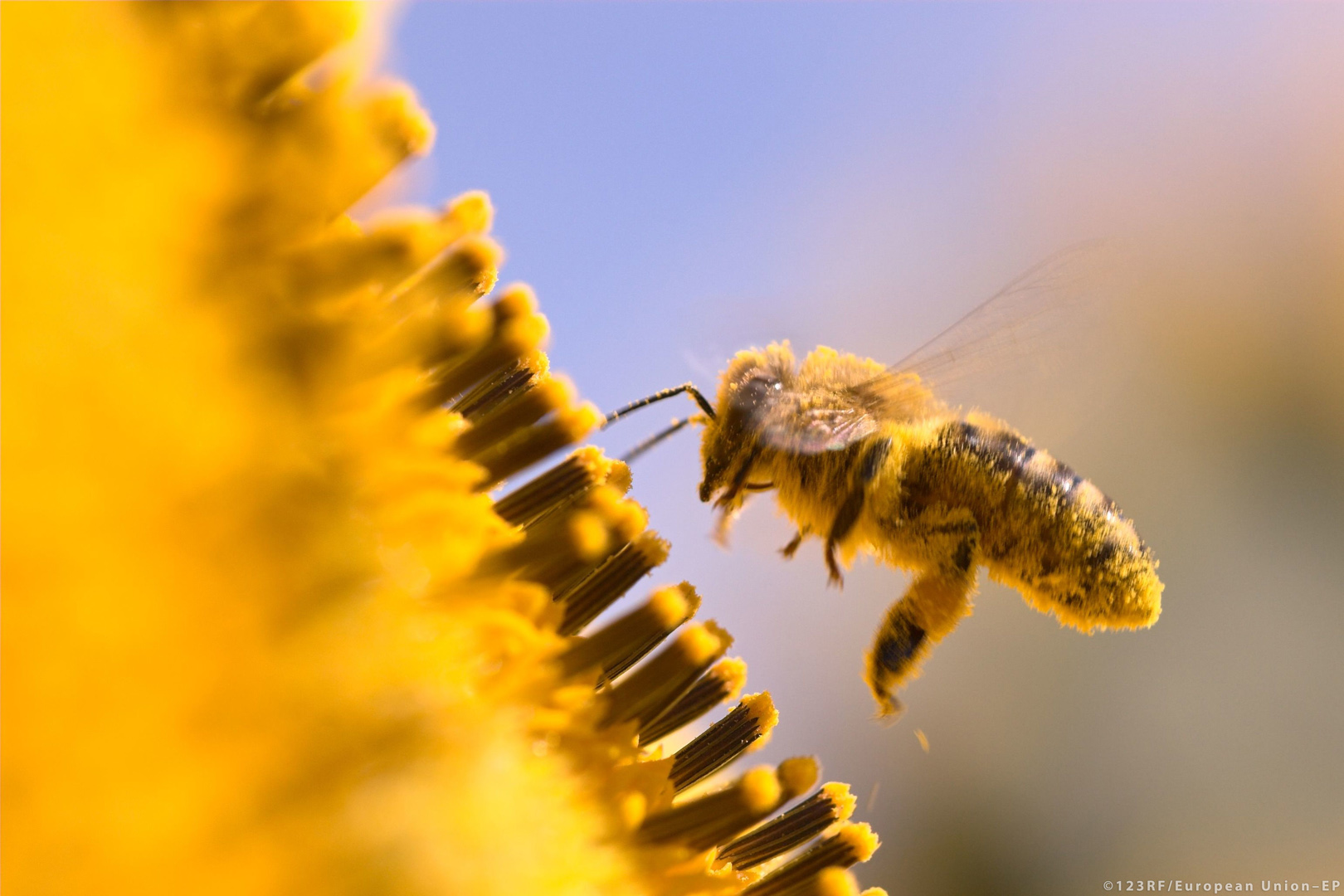 MEPs call for reduction in use of pesticides to save Europe’s bees, informed the Press Releases PLENARY SESSION ENVI. MEPs call on the Commission to beef up its Pollinators Initiative and to come up with new measures to protect bees and other pollinators.

According to the Commission, around 84 % of crop species and 78 % of wild flower species in the EU alone depend, at least in part, on animal pollination. Up to almost EUR 15 billion of the EU’s annual agricultural output is directly attributed to insect pollinators.

In a resolution adopted on Wednesday, Parliament welcomes the EU Pollinators Initiative, but highlights that, as it stands, it fails to protect bees and other pollinators from some of the many causes of their decline, including intensive farming, pesticides, climate change, land-use changes, loss of habitat and invasive species.

As pollinators are essential for biodiversity, agriculture and reproduction in many plant species, MEPs urge the Commission to present a full-scale action programme with sufficient resources.

To help further decrease pesticide residues in bee habitats, reducing the use of pesticides must become a key objective of the future Common Agricultural Policy (CAP), MEPs say.

They also call for EU-wide mandatory reduction targets to be included in the upcoming revision of the Directive on the sustainable use of pesticides. Parliament finally demands more funds to support research into the causes of bee decline to protect the diversity of pollinator species.

In April 2018, the EU agreed to fully ban the outdoor use of imidacloprid, clothianidin and thiamethoxam, known as neonicotinoids. However, several member states notified emergency exemptions regarding their use on their territory.

After calls from Parliament and Council for action to protect bees and other pollinators, the Commission presented its Communication on the EU Pollinators Initiative on 1 June 2018.