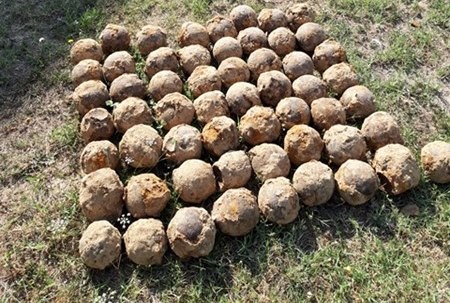 They say that there was an aura around each person – light in different colors that few people see or see in certain kinds of pictures. About bad people, the colors are almost black, about the good ones – in the bright spectrum. And around the holy people it is sunny-white. And can a person “customize” their colors? … I thought about it when I thought of something interesting.

Last summer the water in the Danube had dropped a lot. The shore was bare inland. I was sitting on the beach and contemplating the sun’s glare. Suddenly, between the rocks at the bottom, I began to distinguish different metal balls – bigger and smaller. Some said they were gullets left in the river from Turkish slavery. Interesting! So many centuries … I began to dive and carry them ashore. I piled them up to the lifeguards on the beach. In the evening, police came and picked them up with a special car to explode. It turned out they were charged! And I kept on exporting them the next day and the next … Despite the danger I was exposed to. Until one day I saw a bomb. True, from WWII or WWI. I never understood. When I barely got to the shore with her, everything was empty. People removed their clothes and towels and ran away screaming. The rescuers also ran. I was left alone with a projectile that had been lying and mourning in the sludge for decades, but until now – no one knew … What if it thundered? Then … I couldn’t even leave him on the beach, someone could be hurt while the sappers came … To roll him back into the water again… No, it’s not! Forget it! And I thought. “What did I actually do? Good or bad?” Who could tell me …

The sun was shining strong. I was sitting near the water, staring at the sun’s rays, its shadow and the small pebbles in the shallows. Suddenly, the silhouette around my silhouette seemed to begin to line up in different colors. I was without a hat and thought the sun softened my brain. I looked around – everything was normal – so I wasn’t sunbathing. I looked down again and saw that my head was “turning” red, which gradually “blurred” in orange and yellow. I blinked several times – all the same. And then I remembered the light around people, not visible to the naked eye and everyone. Ah! … Is that what I think? … Maybe because the colors continued to “stand” in the water and make me smile. I began to realize that maybe the good thing I was doing was good. And, probably, the Lord is keeping me from doing something wrong! … “Thank you, Lord! …” – I whispered. I threw a towel over my head and waited for the sappers.